By Jane Kendall from the novel by Jane Austen. Set in England during the early 1800’s, five daughters of the Bennet family must be married off! Was ever a mother as put upon as Mrs. Bennet? Jane falls deeply in love with the wealthy Mr. Bingley, and romance might be possible between Elizabeth and Mr. Darcy. But Mr. Darcy is a very proud young man. He is shocked by mama’s vulgar matchmaking! The attraction between Elizabeth and Mr. Darcy eventually triumphs over the pride of one and the prejudice of the other. Directed by Vanessa Nixon Klein (vanessank@gmail.com).  Produced by Louise Fisher.

By Tennessee Williams. Amanda Wingfield is a faded, tragic remnant of Southern gentility who lives with her son, Tom, and her daughter, Laura. Amanda strives to give meaning and direction to her life and the lives of her children, but her methods are ineffective and irritating. A drama of great tenderness, charm and beauty, THE GLASS MENAGERIE is one of the most famous plays of modern theatre. 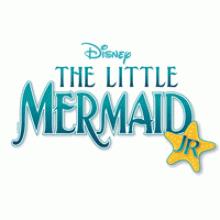 Journey “under the sea” with Ariel and her aquatic friends in Disney’s The Little Mermaid JR., adapted from Disney’s Broadway production and the motion picture, both featuring the enormously popular Academy Award-winning music by Alan Menken and lyrics by Howard Ashman and Glenn Slater and delightfully charming book by Doug Wright. Based on one of Hans Christian Andersen’s most beloved stories, Disney’s The Little Mermaid JR. is an enchanting look at the sacrifices we all make for love and acceptance.

If you would like to Pre-Register please mail in completed form below with a check made out to Onstage.  Registration will also be available and easy to complete on Audition day, June 15th at 10 AM.  If you are unable to attend auditions, that’s okay, just pre-register and let us know!  Registration will also be available on the first day of camp July 1st.  Questions? Comments? Please email mortonroxyonstage@gmail.com.

Children from 6 to 18 act, improvise, dance, sing, create and have fun as they hone their theatre skills and prepare for their culminating performances.

View photos from the performance.

A deviously delicious Broadway and Hollywood sci-fi smash musical, Little Shop of Horrors has devoured the hearts of theatergoers for over 30 years. Howard Ashman and Alan Menken (Disney’s The Little Mermaid and Beauty and The Beast) are the creative geniuses behind what has become one of the most popular shows in the world. The meek floral assistant Seymour Krelborn stumbles across a new breed of plant he names “Audrey II”—after his coworker crush. This foul-mouthed, R&B-singing carnivore promises unending fame and fortune to the down-and-out Krelborn as long as he keeps feeding it BLOOD. Over time Seymour discovers Audrey II’s out-of-this-world origins and intent towards global domination!

Daphne du Maurier’s short story, also the basis of the 1963 film by Alfred Hitchcock, was adapted by Conor McPherson in 2016. It’s an unsettling look at human relationships in the face of a societal collapse. In an isolated house Nat and Diane take shelter from relentless masses of attacking birds. There’s no electricity, little food and a strange neighbor lurking nearby. Another refugee Julia arrives and creates dischord in the claustrophobic makeshift fortress. Their survival becomes even more doubtful when mistrust and paranoia take hold – an internal threat to match that of the birds outside. Not everyone will survive.

This play is directed by Bruce Roberts. Nat and Diane are played by veteran actors Fiona Thornton and Kevin Downing. Troy Reich, featured in Little Shop of Horrors is the strange neighbor Tierney. Donna Dean-Wilson is making her debut with the Roxy Theater as Julia.

“The Birds was a powerful piece of theater and a reminder to me of just how important that story has become…truly frightening…a night in the theater that should not be missed” – Tippi Hedren, star of the 1963 Hitchcock film The Birds.

This play is intended for adult audiences. It contains mature subject matter and adult language. It is not intended to be seen by children or by those of a more sensitive nature that could be offended. We appreciate this community’s tolerance and open-mindedness in order to present the art of theater in an uncensored manner. We strive to offer an array of plays that will reflect our diversity so that everyone will find enjoyment in most if not all of them. We don’t want to diminish the essential freedom of this art form in order to protect potential audience members who might have a higher sensitivity to plays of a more provocative nature. It is their right to chose a different event that would better suit their taste We are eternally grateful for the generous support that members of this community have given the Roxy Theater.

Although it is the most modest toy in the nursery, the Velveteen Rabbit earns the love of a young boy and learns about the joys and pain of becoming “Real.” A brand new theatrical adaptation of Margery Williams’ classic book springs to magical life in this enchanting musical about love, loss and self-esteem.  Great care was taken to expand the story into a musical theatre work to ensure it is enjoyable for the entire family, while staying true to the style, essence and powerful themes found in the original story.