About Us - Roxy Theater - Morton, Washington
↓ Skip to Main Content 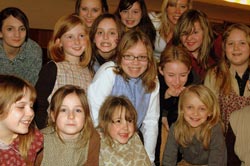 The Roxy Theater is the cultural heart of a charming mountain community, Morton, Washington. Located in historic downtown, the Roxy is a beautifully renovated 200-seat theater offering a wide variety of performances, concerts, lectures and childrens’ programs, as well as movies year-round for the benefit of both residents and visitors. Built in 1937, the Roxy brings local, regional and national performers to the stage. The historic Roxy Theater re-opened its doors in 2004 and was fully renovated in 2006. Since that time, it has hosted more than 20,000 audience members and 360 performances.

The Roxy is proud to benefit its community by providing quality entertainment and cultural experiences to its residents and visitors. Owned and operated by the Fire Mountain Arts Council, the Roxy and its programs enrich the lives of the children in Morton and surrounding communities by involving them in the arts.

With programs at the Roxy, exhibitions at the Barbara Clevenger Johnson Gallery and activities at the Tiller Arts Center next door, Fire Mountain Arts Council continues to pursue its mission and goals.

To enrich our community life through the arts.

The Roxy Theater has established a tradition presenting quality entertainment and this season will be no exception!

A Historical Look Back

In 2003, the Fire Mountain Arts Council (FMAC), incorporated and purchased the Roxy Theater, originally built in 1937. It had been a dark house since 1980 and was a dusty collection of ancient chairs, projectors and torn satin curtains with a leaky roof. Dirt and cobwebs decorated the stage. However, the community looked past the theater’s present state and saw the potential of what it could become. Volunteers commenced grant writing and fundraising. Phase I of the $700,000 worth of renovations was completed in fall 2006. During this phase, the building was completely gutted and then brought up to current codes with seismic retrofitting, ADA requirements, a new heat pump system and updated theater lighting, sound, rigging and projection. In an effort to retain the Roxyâ€™s historical nature, volunteers reupholstered and refinished 200 of the original seats (many of which had come out of Seattleâ€™s Moore Theater in 1937). Community members donated more than 5,000 hours of construction labor and building materials. Individuals, service clubs and local businesses contributed $127,000.

Foundation, federal, state and county grants provided an additional $420,000 to renovate the theater. This historic gem has become the pride and joy of the Morton community.

The rebirth of the Roxy Theater sprang from years of interest in the performing arts in this small community nestled in the foothills of Mt. Rainier. The community supported school plays. A 1986 directing class at Mortonâ€™s Centralia College East initiated the tradition of the Summer Musical. Local actors learned their craft, some going on to pursue professional theatre careers. The community supported every performance with eager anticipation. In 2003, the Fire Mountain Arts Council was born. The group continues to enrich community life through the arts and foster arts education for youth.

The Fire Mountain Arts Council chose to purchase the Roxy Theater after several months of careful analysis and conversation within the community. Six factors influenced the decision to proceed:

Expanding tourism had become a major focus in Lewis County. Upon looking at the astounding numbers of traveling public, it was realized that significant untapped tourist potential existed and that many visitors and residents could be served with performances and programs.

The purchase and renovation of the Roxy enabled FMAC to fulfill its mission by using the arts as a means to enrich community life both culturally and economically. A renovated Roxy has begun to provide long-term benefits to the people of eastern Lewis County by addressing three key problems:

First, the people of eastern Lewis County were culturally underserved with minimal local opportunities to experience and participate in the arts. The nearest performing-arts theater was at least one hour away. The renovated Roxy now provides a much-needed performing arts venue. Access to the Roxy Theater, Barbara Clevenger Johnson Gallery and, recently, Tiller Arts Center makes possible multiple arts-based offerings. These are places for our community, and notably the youth, to create and enjoy the arts.

Second, this 1937 movie house, vacant since 1980, was once an eye-sore in downtown Morton. The Roxy renovation created a centerpiece for downtown revitalization, a need emphasized in the Morton Community Revitalization Plan and US 12 Corridor Charette.

Third, eastern Lewis County has had a timber-dependent economy. It is both isolated and insulated. As a result of major cutbacks in the timber industry since 1990, the region has suffered economic hardship, with the attendant job loss, depopulation and social impacts. Tourism, however, offers a viable economic opportunity. Over the course of the summer several hundred thousand visitors travel to and through the area. The Roxy, with its top-notch arts entertainment, can catalyze economic development by substantially increasing tourist traffic in a revitalized historic city center.