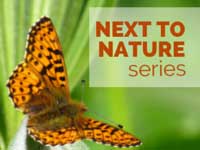 Next to Nature Launch: Views and Brews

January 14 at 6 p.m.
At The Bean Tree
Admission by donation

Views and Brews launches the Next to Nature series of events. The Bean Tree across the street from the Roxy opens its doors for dinner and brews plus Jacob Weber playing his regionally-inspired music. Then the Roxy hosts Nathan Reynolds, Cowlitz Tribe ecologist, sponsored by Mt. St. Helens Institute. He presents Mt. St. Helens in the ways it is culturally important to the Cowlitz people. 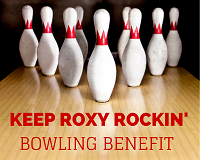 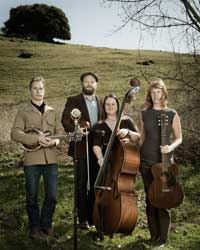 Next to Nature Series: Wild, a Conversation: the Pacific Crest Trail and Healing

February 5 at 6:30 p.m. preceded by no-host dinner at The Bean Tree 5-6:30 p.m.
At the Roxy Theater and The Bean Tree
Admission by Donation

Wild is the film adaptation of Cheryl Strayed’s autobiographical novel, Wild: Lost and Found on the Pacific Crest Trail. If you are interested in this famed trail or the book or movie it inspired, join a moderated conversation to explore the Pacific Crest Trail as it traverses our own backyard and to discuss the healing aspects of nature and the outdoors. Panelists include Shiloh Reynolds, mental health counselor, Andrea Durham, USFS Recreation Planner and Wilderness Manager, and Ann Lindh with Mt. Adams Backcountry Horsemen. Next to Nature Series is a partnership between Centralia College East, Mineral School, Timberland Regional Library and Fire Mountain Arts Council. For further information, call 360-496-5022.

The Songs of Sondheim in Concert

The Songs of Sondheim – A celebration of the musical-theatre songwriting of Stephen Sondheim through the voices of Erin Bake, Bob McKenzie-Sullivan, Joseph Brassey, Catherine Brassey, Alan Newman, Paul Brassey, and Fiona Thornton, accompanied by Nancy Dillard and directed by Paul Brassey. 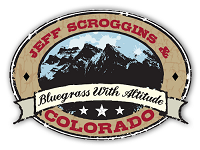 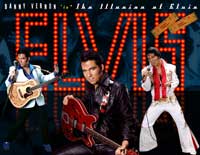 Back by popular demand: the Blue Suede Renegade, starring Danny Vernon, the dynamic performer with his amazing voice and charisma who re-creates the excitement of Elvis.

Next to Nature Series: Launching the New Deal: The CCC in 1933

Rick McClure, USFS Archeologist, retired, explores the critical first year of Civilian Conservation Corps operations on local National Forest System lands. CCC companies trained in Illinois were among the first to establish work camps in what is today the Gifford Pinchot National Forest. The CCC would put over a million and a half men to work during the remaining years of the Great Depression. 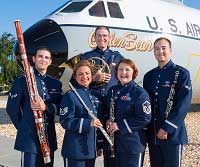 April 17 at 6 p.m.
At the Roxy Theater
Admission by Donation

Golden West Winds is part of the United States Air Force Band of the Golden West from Travis Air Force Base, California. Comprised of flute, oboe, clarinet, French horn, and bassoon, this ensemble plays music of all styles including marches, jazz and classical music. 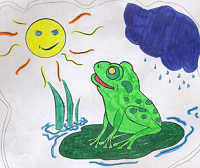 April 18 at 4 p.m.
At the Roxy Theater
Admission by donation

Enjoy dancers, musical performances, large screen sing-alongs, and meet the American Girl Club! Try the armchair aerobics and join in the umbrella parade. Includes door prizes, rainy-day snacks, a Tweety cartoon, and a sneak preview of Willy Wonka Jr. Buy a Wonka Bar & you might get a golden ticket! 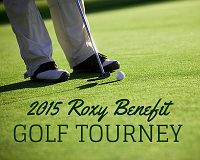 Join us for an evening of Dance, music and fun at the Morton Dance Recital! Watch students of Eatonville Dance, children, 3 to 18 years old, from beginner dancers to advanced. You will enjoy, ballet, tap, jazz, hip-hop and vocalists. Call Eatonville Dance Center at 360-832-5555 for more information. 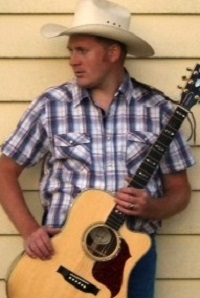 Chris Guenther and the Honky Tonk Drifters in Concert

Based out of Seattle, Washington, the North Country Bluegrass Band is one of the premier traditional bluegrass bands from the Northwest. North Country was founded in 2012 when the guys were jamming together at a local bluegrass event in Seattle. They quickly found a unique chemistry and demonstrated the same love for music, songwriting, and instrumental dynamics. Within the first year of formation, the band played at prominent music venues, including Wintergrass and the historical Paramount Theatre. Since then, they have continued to build their repertoire and toured throughout the United States and Canada.

This year at our annual membership appreciation night we look forward to treating you to another taste of “the wavin’ wheat that sure smells sweet when the wind comes right behind the rains” with live Reprisals of â€œOklahoma!,â€ farmer-n-cowman cuisine, and picnic hamper raffles!

Join us at the Deadwood Saloon (also known as the Tiller Arts Center) as we ’round up the rabble of prairie folk from barmaids to prospectors! Old money, new money, homesteads and oil… will the ranchers and the cowmen still be friends when pistols fly from their holsters?! Come in character and help solve the mystery of murder at the Deadwood Saloon! Dinner and drinks provided. Costume rentals available with advance notice.

Join us for weekly lectures, Tuesdays from 11 am – 11:50 am, featuring speakers on topics ranging from the Himalayas to horse-powered farming to history of Japanese NW timber workers. Drop in for a lecture or two for free, or register for the series for $25 and attend them all! The Lyceum Lecture Series runs from September 3 – December 2. Contact Centralia College East to register: 496-5022. A partnership of Centralia College East, Fire Mountain Arts Council and Mineral School. View the lecture series schedule.

Experience a wonderland of creativity and generosity at the BCJ Gallery Benefit Tree Auction. Visit the winter wonderland forest in the Tiller Arts Center to bid and vote for your favorites in this 4-day silent-auction event, ending at 7:00 p.m. on December 12. Stop by anytime between December 9 and 12 for door prizes, raffles, cocoa, and cookies-by-the-pound fundraiser for the Friends of the Library!

See photos from the Festival of Trees Gala here

See photos from the Festival of Trees here